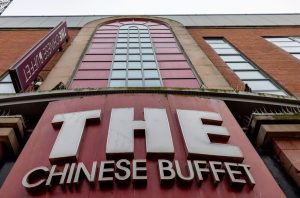 A popular Chinese buffet in Blackpool has closed its doors for good, causing shock and confusion for staff and customers.

The TCB Chinese Buffet, on Church Street, was known for its escalators from the street leading to the restaurant, and its robot waiters which served the food to hungry customers.

But despite its popularity of the restaurant closed its doors on Saturday (January 14) night for the final time.

A waiter told the Blackpool Gazette that a total of 19 staff had lost their jobs, although he understood a small number had already acquired other posts.

In 2020, 107 (Blackpool) Ltd, which owns The Chinese Buffet on Church Street, was fined more than £6000 for breaching food hygiene and health and safety regulations.

107 Blackpool Ltd was fined £6,600 for food hygiene and health and safety breaches spanning from the first inspection in November 2018 and the last in October 2019. It was also ordered to pay costs of £2010 and a £170 victim surcharge

However, last year the eatery was given a much improved three stars for hygiene.

The news of the closure came just weeks after the popular Liverpool branch closed its doors for the final time. Customers received a text on Monday (January 2) evening from TCB Unlimited Dining informing them of the decision, for some of whom came “out of the blue”.

The TCB Dining Experience has been contacted for comment.