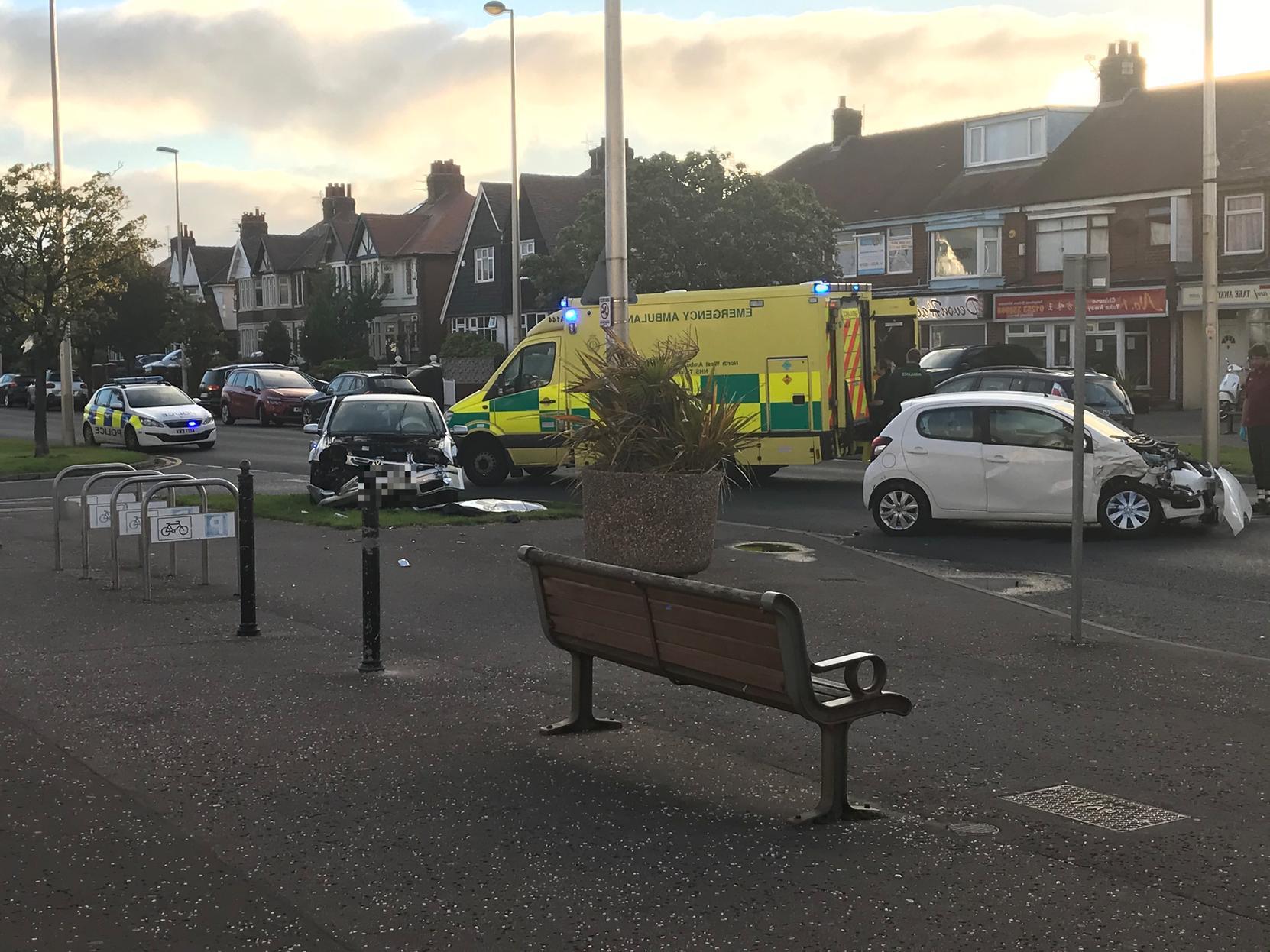 The casualty had been rushed to hospital after being freed from a car wreck by firefighters in Devonshire Road at 7.55pm.

Police said the driver and a passenger of a grey Volkswagen Golf fled the scene after a crash with a white Peugeot, leaving its driver injured at the scene.

Two ambulances attended and the casualty was taken to Blackpool Victoria Hospital for treatment, but police said the injuries are not believed to be serious.

A police spokesman said: “We were contacted at shortly before 8pm to a report that a VW Golf and a Peugeot had collided on Devonshire Road, Blackpool.

“Emergency services attended and the road was closed while the incident was dealt with.

“The occupants of the Golf made off from the scene and enquiries are on-going to trace them.

“There were no serious injuries.”

A Volkswagen Golf and a Peugeot were involved in the collision. Pics By Danny Cronin

“Firefighters used stabilisation equipment to assist ambulance crews in treatment of one casualty who was subsequently taken to hospital.”

North West Ambulance Service has been approached for comment.