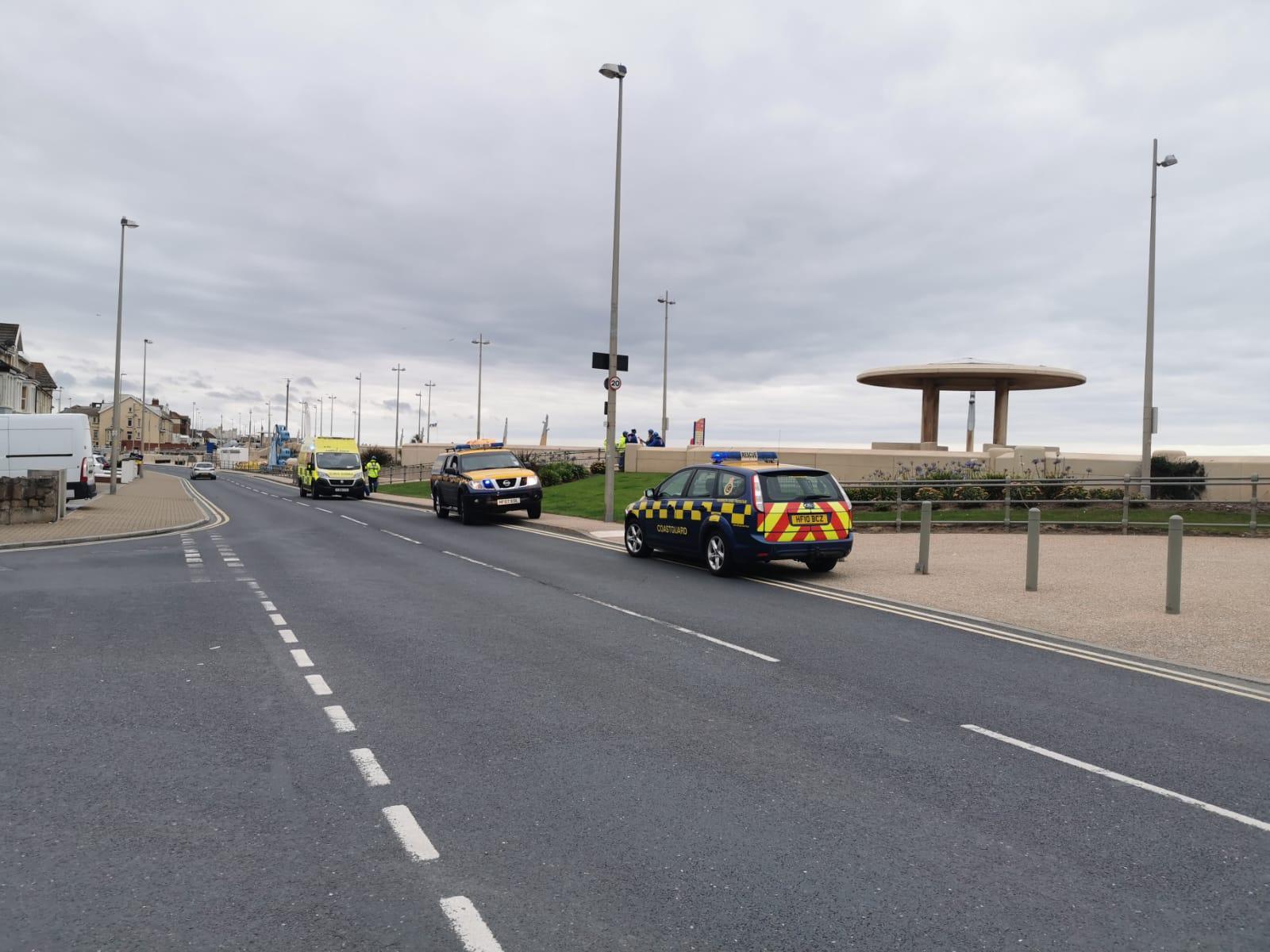 The dog was thought to have been hit by another vehicle as it leapt from the car its owner was driving in Bispham.

Its injuries did not appear serious, a coastguard official said.

It ran along the beach to Cleveleys and went into the sea on Jubilee beach, just before Cafe Cove, at around 6pm.

Fleetwood coastguard was called to Jubilee Beach in Cleveleys this evening (July 25) to rescue a spaniel from the sea.

Members of the public tried to catch the dog.

After entering the water to help it, one passer-by received a bite to the throat from the frightened animal – but his injuries were not serious.

A spokesman for Fleetwood coastguard said: “We were called out to reports of a dog in the water. Two coastguard vehicles were dispatched.

“When we arrived the dog was already safely out of the water, after a member of the public had gone into the sea to help it.

Fleetwood coastguard was called to Jubilee Beach in Cleveleys this evening (July 25) to rescue a spaniel from the sea.

“The man had been bitten on the throat by the dog, but his injuries weren’t serious.

“The dog is safe and well, and we think the member of the public was taken to hospital in an ambulance for a general check-up.”