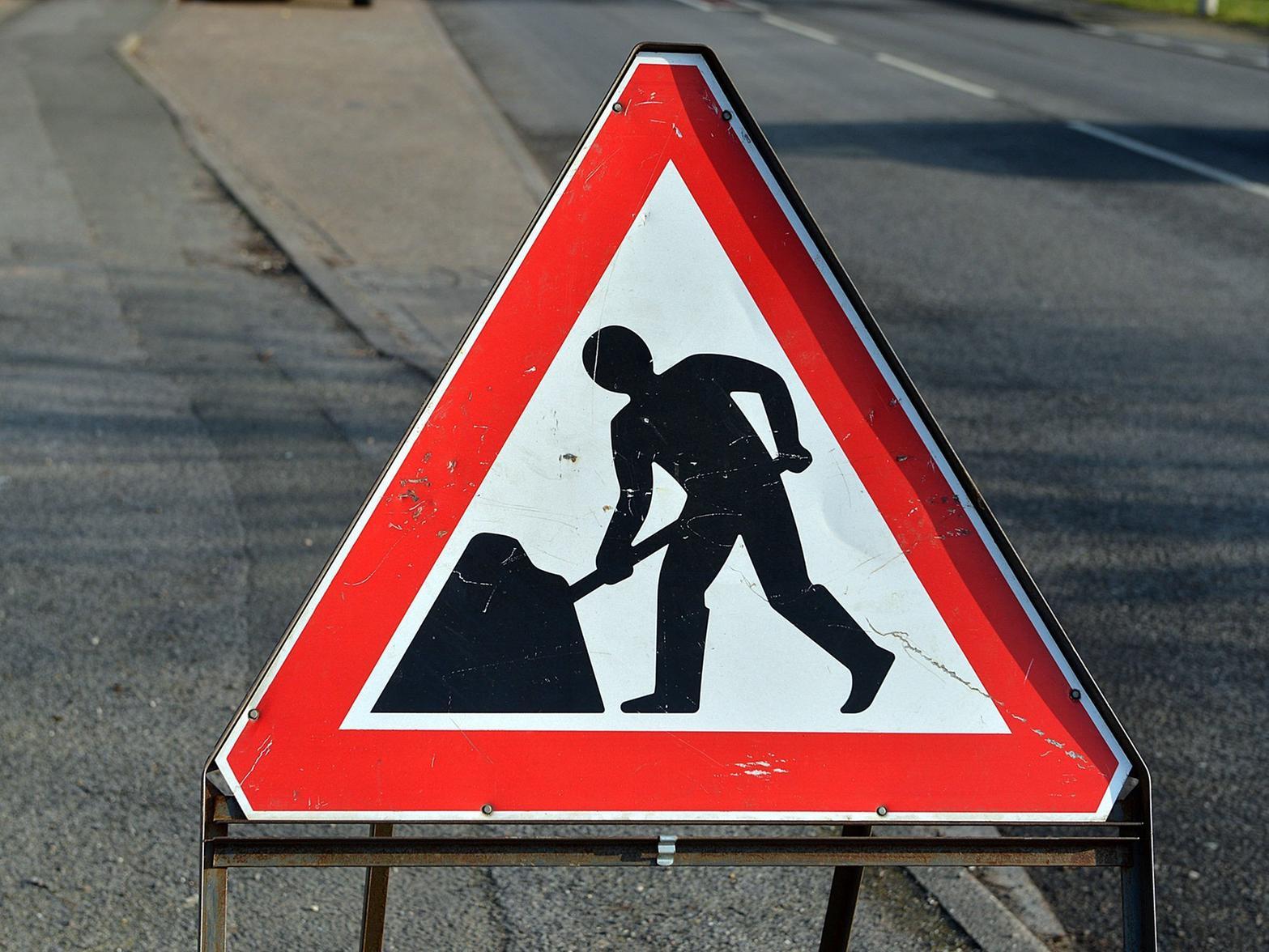 Drivers are being warned about roadworks

9pm to 5am overnight maintenance, including re-painting, on two bridges – Lane Ends and Colewood footbridges – between junction 34 and junction 35 of the M6 in an eight-week project which started on Tuesday 4 August. Both the northbound and southbound carriageways will be reduced to one lane including hard shoulder running in each direction at the location of each bridge during the overnight work. A 50mph speed limit will also be in place.

A £7 million maintenance project along the A590 between Brettargh Holt junction and the M6 at junction 36 includes improvements at the motorway roundabout itself (including resurfacing and installing new bridge joints). The four-month project started Friday 4 September and involves traffic management – including closures – at the roundabout at times. For the next three weekends from 4 September, the roundabout at junction 36 will be closed overnight to all traffic between 10pm and 6am on Friday nights, 8pm and 6am on Saturday nights and 8pm and 3am on Sunday nights. The roundabout will be closed again – between 8pm and 6am – on Monday, Tuesday, Wednesday and Thursday nights (7, 8, 9 and 10 September).

Several months of round-the-clock work as part of the £1.5 million M6 Species Rich Grassland project to improve biodiversity along the motorway’s verges started last week – with occasional lane one closures along short stretches of the carriageway. Some slip road closures will be required in the autumn. This scheme particularly increases the variety of wildflowers, improving conditions to support bees and other pollinators.

On 16 July a nine-week, £1.8 million project was started to resurface the whole of the northbound carriageway between Tebay services and junction 39 at Shap. The work includes the replacement of road markings, road studs and drainage gullies. As the work moves along the carriageway in phases, short sections will require round-the-clock lane closures and a 50mph speed limit.

A £3 million rolling programme of work to renew road markings and road studs along sections of the M6, A66 and A595 in Cumbria will last until September. The work is focusing on sections of the M6 between Kendal and Carlisle, the A66 west of Cockermouth and along the A595 between Distington and Thornhill. Some overnight – 8pm to 6am – lane or slip road closures and off-peak or use of temporary traffic lights will be used.

Narrow lanes and a 50mph speed limit are now in place along a short stretch of the motorway where a new junction (junction 2) is being constructed as part of Lancashire County Council’s Preston Western Distributor road project.

A585 Windy Harbour to Skippool improvement

Work to deliver a £150 million new bypass and junction improvements is now underway.

Next week’s roadworks (for CCTV drainage surveys) – with stop/go boards or temporary traffic lights in operation – will be taking place between 9.30am and 3.30pm each day at:

A major, £7 million maintenance project to reconstruct and resurface the dual carriageway A590 between junction 36 of the M6 and Brettargh Holt roundabout started 4 September. Significant forthcoming traffic management:

From 4 September for three weekends the A590 between the M6 and Brettargh Holt roundabout will be totally closed in both directions overnight between 10pm and 6am on Friday nights, 8pm and 6am on Saturday nights and 8pm and 3am on Sunday nights.

The eastbound carriageway between Brettargh Holt roundabout and the M6 will also be closed overnight between 8pm and 6am on Monday, Tuesday, Wednesday and Thursday nights (7, 8, 9 and 10 September).

A £1 million rolling programme of overnight work to renew road markings and road studs along sections of the A590, A585 and M6 in Cumbria and Lancashire is taking place until September. The work is focusing on sections of the A590 between Dalton-in-Furness and Brettargh Holt Roundabout, the A585 between Eros Roundabout and Little Singleton and along the M6 between Forton and Lancaster. Some overnight road, lane or slip road closures and or temporary traffic signals will be used. Work along the A585 section has now been completed.