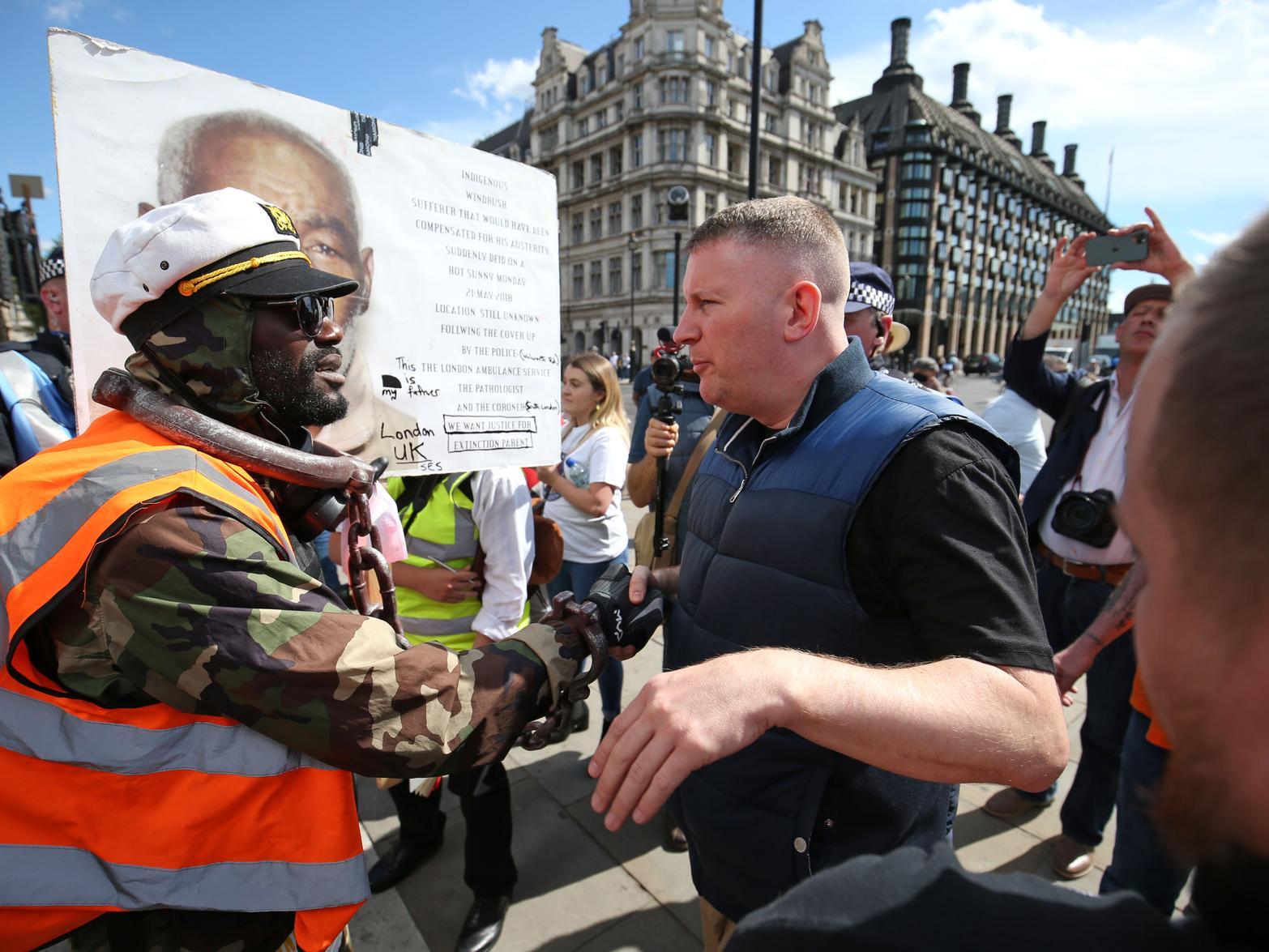 Britain First members have gone to hotels in London, Essex, Birmingham and Warrington to quiz migrants who have been given emergency housing, banging on doors and then filming where they are staying.

During one incident in Camden, north London, the right-wing “activists” tried to get into a hotel that did not contain asylum seekers, but was instead housing homeless people the council gave emergency accommodation to get them off the street during the pandemic.

Video footage of five confrontations have been posted on social media and shared by various accounts describing themselves as “patriots”.

After the latest incidents, the Greater London Authority’s (GLA) rough sleeping team sent an email to homeless charities saying “protesters” from Britain First had targeted a council-run hotel in Camden over the weekend.

It said the team had since been told that the group also stormed hotels in Essex and Birmingham, where they entered the building and “harassed several residents”.

The email states: “An incident which took place this past week at a Covid Protect hotel in the London Borough of Camden.

“A group of men from the extremist ‘Britain First’ group targeted the hotel, attempting to gain entry and demanding to know if the facility was housing asylum seekers. Staff dealt with the incident well and the police were called, and no residents were harmed.”

The first incident was in Birmingham last Friday and saw a group of at least eight people walk into the hotel and try to talk to a man entering his room.

As the man shut the door and refused to let them look around, the Britain First leader, Paul Golding, could be heard saying: “It looks like a very nice room that I’m paying for. This is absolutely outrageous, every single one of these doors is housing asylum seekers.”

The group then walked along the hallway banging on every door to get the occupants to come out.

When one man opened his door, Golding asked him which country he came from, before questioning if he was paying for his room himself.

This line of questioning was repeated at a further three doors and a man who was walking in the corridor.

Golding, who was convicted of a minor offence within the Terrorism Act 2000 in May, asked one man: “Why should I, a British taxpayer, have to pay for your room when there are homeless veterans?”

The Britain First leader was convicted earlier this year after refusing to give police access to his mobile phone on his return to the UK from a political trip to Russia.

When the gang marched into the Birmingham hotel reception, Golding shouted “good evening everyone”, before trying to ask another man where he was from.

One of the far-right men, wearing a Britain First T-shirt, took exception to the food prepared for the asylum seekers that had been packaged in boxes on a table.

The next day Britain First targeted a hotel in Epping, Essex, then one in Camden, north London at around 1.15pm and around half-an-hour later another in Brent Cross, north west London.

In a clip posted online Golding followed a migrant who left the hotel in Epping and again tried to question where he was from.

A suit-wearing Golding then filmed the windows of the hotel and the reception as staff called the police, who arrived and could be seen speaking to him, before leaving a short time later.

Essex Police said the force received a report of a hate crime in the area after a video was posted on social media.

No arrests were made but a spokeswoman for the force said enquiries into the incident are still ongoing.

Another YouTube video featuring a local ring-wing For Britain party councillor claiming food is being diverted away from residents to feed asylum seekers housed at the same hotel was also reported to the police last week.

Epping Forest District councillor Julian Leppert and Eddy Butler, both of the far-right For Britain party, also made unsubstantiated claims crime had risen since the migrants were moved to the hotel as an emergency precaution due to the coronavirus pandemic.

Outside a hotel in Brent Cross later that same day, Golding again filmed migrants at the room windows before getting into a confrontation with a man outside while speaking to officers.

At a hotel in Camden the far-right “protesters” left after staff explained no asylum seekers were staying in the building.

A spokeswoman for the Met Police confirmed the two incidents in London, adding: “It was reported a small number of protesters had entered the property [in Camden]. The protesters left the area a short time later.”

On the Brent Cross incident, a spokeswoman for the force said: “Officers found no criminal activity had taken place. No arrests were made.”

She said: “We won’t stand for intimidatory, hateful behaviour which seeks to target vulnerable people and sow division between us.

“Camden has always been there to help people – anyone who comes to our borough is welcome here, especially those in need or in distress.

“People who go against that represent the exact opposite of everything we stand for here in Camden.”

A spokesman for the Mayor of London also said that harassing migrants who are staying in the hotels legally was “despicable”.

He said: “Harassing migrants who are being legally accommodated in hotels is despicable, and goes against all the values we hold as an open, welcoming city.

“The mayor’s rough sleeping team is working with our charity partners to put measures in place to prevent homeless people sheltering from COVID-19 in hotels from being targeted, mistakenly or otherwise, by these right-wing groups.”

Earlier this month, Home Secretary Priti Patel threatened to deploy the Navy to block the record number of migrants making the perilous journey across the English Channel in tiny boats and dinghies.

“We take the wellbeing of asylum seekers extremely seriously and we are taking all necessary and legal steps to protect the people in our care.

“All incidents at our accommodation providers are reported to the Home Office immediately, and we then work with the provider to put in additional measures if required.”