Fylde has the next highest average in Lancashire at 57 minutes 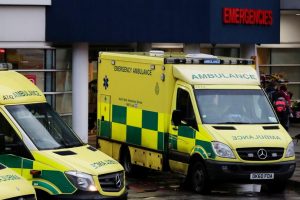 Heart attack victims in parts of Lancashire are left waiting over an hour for an ambulance on average.

A freedom of information request by the Liberal Democrats has revealed the local areas with the longest average waiting times for an ambulance.

People in West Lancashire were left waiting an average of one hour one minute for category two calls, which cover things like heart attacks and strokes, in 2021/22 according to the data. The NHS target is 18 minutes.

READMORE: Thug threatened mum and newborn baby with machete outside doctors and stole her car

Category one calls cover the most life threatening injuries and have a target average response time of seven minutes.

Ribble Valley District was the worst areas in Lancashire for hitting these times, coming in at 14 minutes nine seconds. Blackpool came close to hitting the seven minute target, coming in at seven minutes four seconds. Rossendale had the region’s next worst category one response time at 12 minutes 23 seconds.

Liberal Democrat Health Spokesperson Daisy Cooper said: “These heart-breaking figures show that in every corner of the country, targets are being missed and patients are being left waiting far too long for an ambulance to arrive.

“This stark postcode lottery means that if you suffer a heart attack or stroke, your chances of getting to hospital on time depend on where you happen to live.

“Every day we hear more and more devastating stories of pensioners left stranded for hours, or families watching a loved one die before a paramedic could reach them. Our overstretched local NHS services are collapsing under the strain of years of neglect under this Conservative government.

“Ministers must bring forward extra support to get ambulance services through winter as well as a long-term strategy to ensure people can get emergency care when they need it. That means addressing workforce shortages, fixing the social care crisis and ending the shortage of hospital beds, all of which are leaving patients in ambulances stuck outside A&E for hours.”