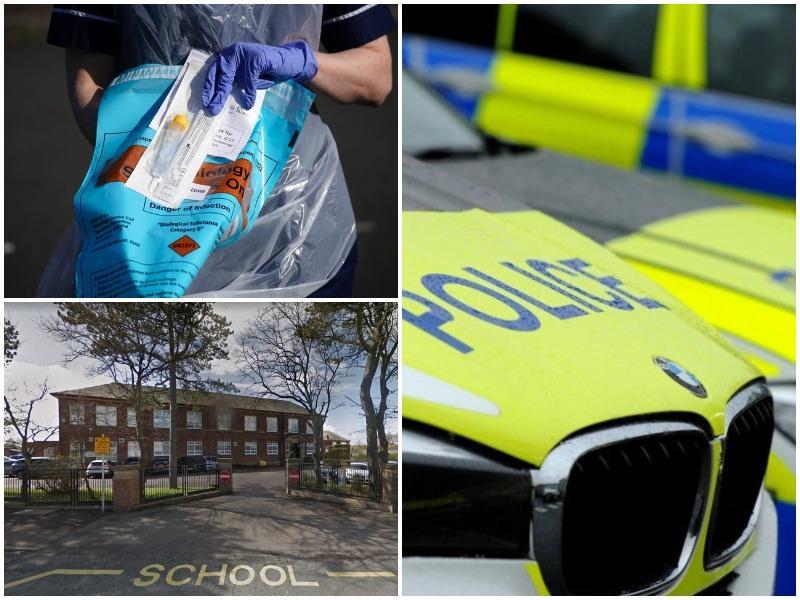 Knives, heroin, cocaine and cash have been seized and four people arrested after a police crackdown on drug dealing in Chorley.

Police in Chorley made the arrests during County Lines Intensification Week – a week-long crackdown on organised crime gangs who visit Chorley from another area to sell drugs.

So what happened in Chorley?

Four people have been arrested so far – three men and a woman – in three separate incidents.

The first arrest came after officers stopped a 30-year-old man who was deemed to be acting suspiciously near a known drug dealing hotspot.

He was searched and officers found a quantity of cash and a mobile phone, as well as a number of other items believed to be connected to the supply of drugs.

The man was arrested on suspicion of a drugs offence.

A second arrest soon followed after a ‘stop check’ on a man driving a Volkswagen ‘suspiciously’ around the streets. A search of the car revealed cash, a bag of white powder and a phone, amongst other items.

As a result, a 30-year-old man from Preston was arrested on suspicion of possession with intent to supply.

A third and fourth arrest followed the search of an Audi occupied by a man and a woman, with officers finding a large quantity of cash, mobile phones and a knife inside the car.

When the man was searched, he was found in possession of a large bag of white powder, believed to be cocaine.

The woman was also detained on suspicion of drug driving.

As a result of the arrests, a home in Chorley linked to the woman was searched. Inside, officers found a stash of cash, as well as wraps of heroin and cocaine. Two knives were also seized.

A 35-year-woman, from Chorley and a 25-year-old man, from Liverpool, were arrested on suspicion of drugs and knife possession offences.