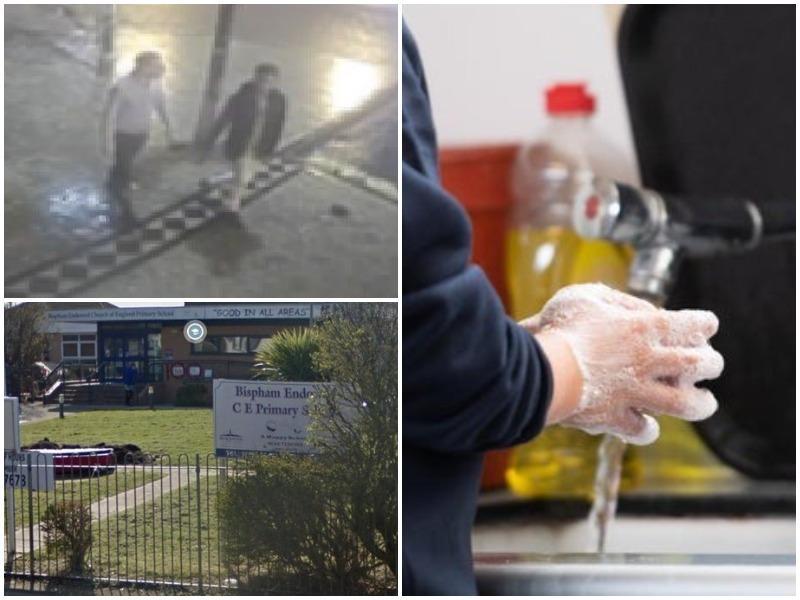 Here are the schools confirmed to have closed in and around Preston, South Ribble, Blackpool  and the Fylde as of Monday, September 15.

Hutton Grammar, Hutton, Preston – Students in Years 9, 10 and 11 have been sent home today (Monday, September 14) after three pupils tested positive. Head teacher Mark Bradshaw said: “We have been advised of three positive cases and following our robust procedures a number of individuals who may have been in close contact have been asked to isolate.

“We have a very detailed risk assessment in place for just this sort of incident and are following our plans carefully. Parents have been kept fully informed.”

Fulwood Academy, Preston – Year 7 pupils at Fulwood Academy have been sent home today (Monday September 14), after a pupil tested positive for coronavirus. The pupils are just eight days into their high school education but have returned to home learning after being told they must self isolate for 14 days.

Cardinal Newman College, Preston – Dozens of students were sent home on Monday, September 7 after one of their classmates tested positive for COVID-19. They have been asked to self-isolate for 14 days before returning to college, and a number of classrooms have been closed for a deep-clean.

St Mary’s Catholic High School, Leyland asked all Year 9 students to stay at home on Monday, September 14, 2020 following a positive Covid-19 test. The school will remain open for Years 7, 8, 10 and 11, with most of Year 9 expected to return on Tuesday (September 15). Only those in the child’s ‘bubble’ will be told to remain at home.

Leyland Methodist Infant and Junior Schools, Leyland – Year 1 students have been asked to stay at home after a pupil tested positive for coronavirus. Year 1 pupils will be able to return on Thursday, September 17, 2020.

St Cecilia’s RC High School, Longridge has taken urgent action after a member of staff tested positive for Covid-19. The school will only reopen for Years 10 and 11 on Monday (September 7). Years 7, 8 and 9 will be able to return on Thursday, September 17, 2020.

Blackpool and the Fylde schools:

Highfurlong School – The school said it has been informed by Public Health England that there has been a confirmed case of COVID-19 within the school and classmates have been sent home to self-isolate for 14 days before returning on September 21.

Bispham Endowed Primary – The school wrote to parents yesterday (September 14), asking them to keep youngsters from a ‘bubble group’ at home for 14 days after a pupil tested positive.

The letter from headteacher Michelle Warburton said: “I am writing to inform you that a child in the school has tested positive for Covid-19. As advised by the local authority, we will be closing the class bubble concerned for a 14-day self-isolation period. Government/local guidance and advice has been followed.”

Armfield Academy – Pupils in Year 8 were sent home yesterday (September 14) to self-isolate until Monday, September 21 after the school reported its first confirmed case.

In a letter to parents, headteacher Mark Kilmurray said: “I would like to apologise for the inconvenience caused due to my decision to send home the Year 8 children, within the Year 8 ‘Bubble’. But we were advised shortly after opening the school on Monday morning (September 14) that we have a confirmed case of COVID-19 of a child within our Year 8 Bubble.”

Baines’ Endowed Academy – Pupils in a Year Six ‘bubble’ were told to stay at home on Monday (September 14). Parents of children in the Year Six ‘pod’ received an alert from the school asking their children to self-isolate until September 23.

The letter says: “Due to school operating in separate pods, the only people that have been in contact with the person who has tested positive, are the people in your child’s pod.

“Your child will need to remain at home and can return to school on Wednesday, September 23.” The letter adds that there have been two confirmed but unrelated cases in two separate pods.

St John Vianney Catholic Primary School – Parents received a message from the school on Sunday evening (September 13), telling them that their children must stay at home and self isolate after a child in their class ‘bubble’ tested positive.

The letter from Dr Elaine Allen, executive head teacher, said: “All direct and close contacts will be excluded from school and advised to self-isolate for 14 days starting from the last day they were in contact with the case. This is likely to be the classmates and teacher of that class.”

Run by the Fylde Coast Academy Trust (FCAT), the school said in a statement that the number of staff absent while awaiting their test results means “it has become extremely difficult to deliver education in school at the moment”. It added that it will “divert to remote learning”.

The school says it will stay shut to all pupils for two days whilst it awaits test results before it reviews the situation on Wednesday.