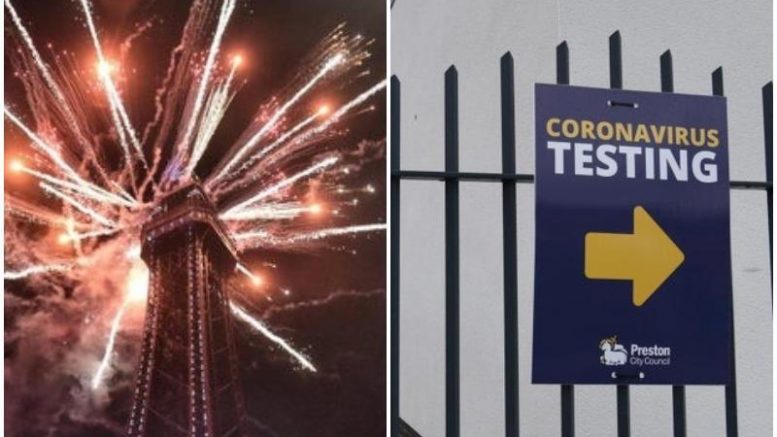 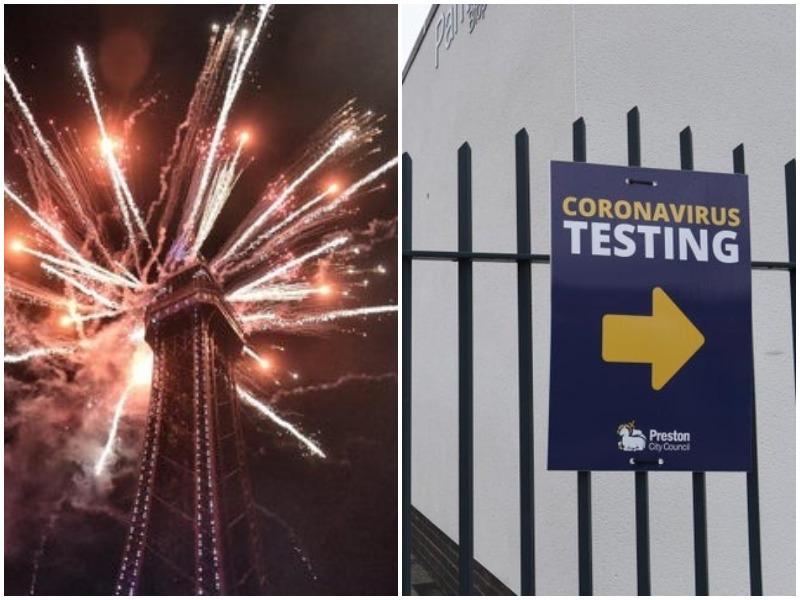 Will you be watching tonight?

Blackpool Illuminations Switch On 2020: Bring on the light – countdown is on to big virtual Switch On – here is how to tune in

The rate of coronavirus cases in Preston has started to head back in the wrong direction less than a week after the statistics suggested that the city might be close to being lifted out of its partial local lockdown.

Lancashire’s director of public health, Dr. Sakthi Karunanithi, said last Friday that there had been good signs of progress in combatting the recent spike in Preston’s Covid count – and that he hoped restrictions could be lifted within days if the encouraging trend continued – read more

More than 100 jobs on offer in Lancashire as Amazon boosts UK workforce to over 40,000

How many coronavirus cases are there in Lancashire?

There have now been 8,308 confirmed cases in the Lancashire County Council area, according to Public Health England figures.

Meanwhile, the total across Lancashire – including Blackpool and Blackburn – stands at 11,274.

The number of people who have tested positive for Covid-19 in Lancashire is now 11,274.

Police rushed to Egerton Road following reports a man had been stabbed at around 7pm on Monday (August 31).

The victim, a 36-year-old man, had suffered stab wounds to his neck and body and was taken to Royal Preston Hospital for treatment.

Officers have now confirmed Joshua Kenny, 27, and Susan Cleaver, 36, both of Knowle Avenue, Blackpool, have been charged with Section 18 wounding with intent and robbery.

A 36-year-old man was stabbed in his neck and body in Egerton Road.

Paul Bolton was arrested on suspicion of possession with intent to supply Class A drugs after he ran away from plain clothes officers on Eaves Green Road on December 16, 2019.

After being chased by police the 22-year-old was reportedly found attempting to discard a bag containing wraps of crack cocaine in a garden in Moor Road.

Police found he was found in possession of over £200 in cash and a mobile phone which contained messages related to drug-dealing.

More wraps of crack cocaine were also found hidden in Bolton’s underpants when he was searched in custody.

How many people have died of Covid-19 in Lancashire?

Bolton recorded the largest increase in cases in the last 24 hours, following the announcement that lockdown restrictions would be eased in the area from today.

Another 200 people have tested positive in the North West, bringing the region’s total number of cases to 53,577 as of Wednesday, September 2, 2020 – read more

Local lockdown restrictions have been lifted in parts of northern England despite a backlash from leaders in Greater Manchester, with Mayor Andy Burnham blasting the decision as “completely illogical”.

It comes after council leaders in Bolton and Trafford felt their pleas for restrictions to remain in place, following a spike in cases, went “completely ignored” by the Government.

Social gatherings between two homes can resume for the first time in weeks from Wednesday in the two boroughs as well as Stockport, Burnley, Hyndburn and parts of Bradford, Calderdale and Kirklees.

But a sharp increase in the local infection rate in Bolton and Trafford led to council leaders pleading with the Government for a delay just hours before restrictions were lifted.

Greater Manchester Mayor Andy Burnham said the easing of coronavirus restrictions in Bolton and Trafford was “completely illogical”, and urged people to “continue to follow the guidance” not to have social gatherings in their home.

He told BBC Radio 4’s Today programme: “We find ourselves at a completely unsustainable position this morning – that’s the politest way I can put it.

“Overnight we’ve had restrictions released in two boroughs where we’ve got a rising number of cases – in one case in the red zone.

“And neighbouring boroughs are still under restrictions but with much lower numbers of cases.

“These restrictions were always hard to explain to the public but they are completely illogical now.”

A fire at a primary school in Blackpool has led to the arrest of three people on suspicion of arson.

The arrests were made last night (September 1) after a blaze broke out on the first floor of Devonshire Primary School in Devonshire Road at 6.45pm.

Fire crews from Bispham, South Shore, Fleetwood and St Annes battled the blaze with hose reels and were able to contain the fire on a balcony to prevent it from spreading to the main building.

The fire involved play equipment on the roof balcony and is believed to have been started deliberately. An arson investigation is expected to take place this morning (September 2).

At 9pm last night, Lancashire Police confirmed that three people had been arrested in connection with the fire. The force has also identified a fourth suspect, who remains wanted.

A police spokesman said: “We are dealing with an incident at Devonshire Primary School where a fire has been discovered.

“We have arrested three and enquiries are ongoing to locate the fourth suspect.”

Lancashire Police closed Devonshire Road from Caunce Street to the junction with Talbot Road while firefighters tackled the blaze.

A spokesman for LFRS said: “Firefighters from Bispham, South Shore, Fleetwood and St Annes were called to reports of a fire at a commercial building on Devonshire Road, Blackpool.

“On arrival firefighters found the fire on the roof of a first floor balcony.

“They were able to quickly contain the fire and prevent the fire spreading to the main building using two hose reels.

“The cause of the fire is now under a joint investigation alongside Lancashire Police.”

We’ll be with her all the way!

These were Tuesday’s headlines…

Firefighters rush to blaze at Devonshire Primary Academy in Blackpool

A fire broke out at Devonshire Primary Academy on Devonshire Road this evening (September 1).

At least four crews from Lancashire Fire and Rescue Service (LFRS) rushed to the blaze – which is believed to have started on the first floor of the building – at around 7pm.

No official details have yet been released by LFRS, but eyewitnesses say the fire has been brought under control.

Lancashire Police closed Devonshire Road from Caunce Street to the junction with Talbot Road while firefighters tackled the blaze.

LFRS and Lancashire Police have been approached for comment.

A fire broke out at Devonshire Primary Academy.

Two fire crews rushed to Blackpool Road after receiving reports of a blaze at a residential property today (September 1).

A washing machine was engulfed in flames when firefighters arrived at the scene shortly after 9.10am.

Firefighters extinguished the blaze using one hose reel and a ventilation unit before moving the washing machine outside.

No casualties were reported and fire crews were at the scene for approximately 25 minutes.

A washing machine was engulfed in flames at a residential property in Blackpool Road.
Page 1 out of 5>>