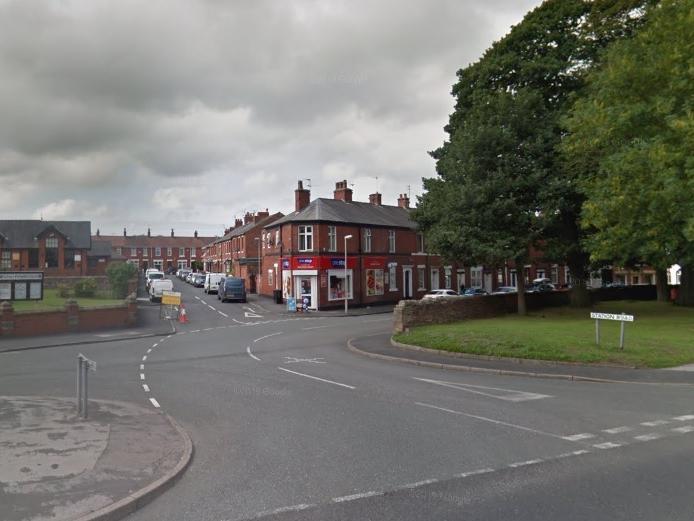 The junction of Station Road and Nelson Street where the accident happened.

And officers have appealed for witnesses to the incident in which the teenager was struck by an Audi S3 shortly before 10pm.

Police also want to hear from anyone who saw the vehicle moments before the collision, or driving at speed in the town earlier in the evening.

Four people in the car were taken to the Royal Preston Hospital. One of them, a 30-year-old man who was driving, is said to have suffered “serious” injuries in the smash at the junction of Station Road and Nelson Street.

The pedestrian suffered multiple injuries and, despite the efforts of emergency crews, died a short time later.

Sgt Martin Wilcock said: “This is a tragic incident where a young man has lost his life and my thoughts are with his family and friends at this time.

“A number of other people have also suffered significant injuries.

“I would appeal to anyone who witnessed the collision itself or the car involved in the moments prior to the collision or driving at speed in the Kirkham area earlier in the evening to get in touch with us.

“I would also appeal to anyone who may have CCTV in the area or any dashcam footage which may assist to contact us.”

Police say the road was closed for six hours while the incident was dealt with and enquiries are “on-going.”