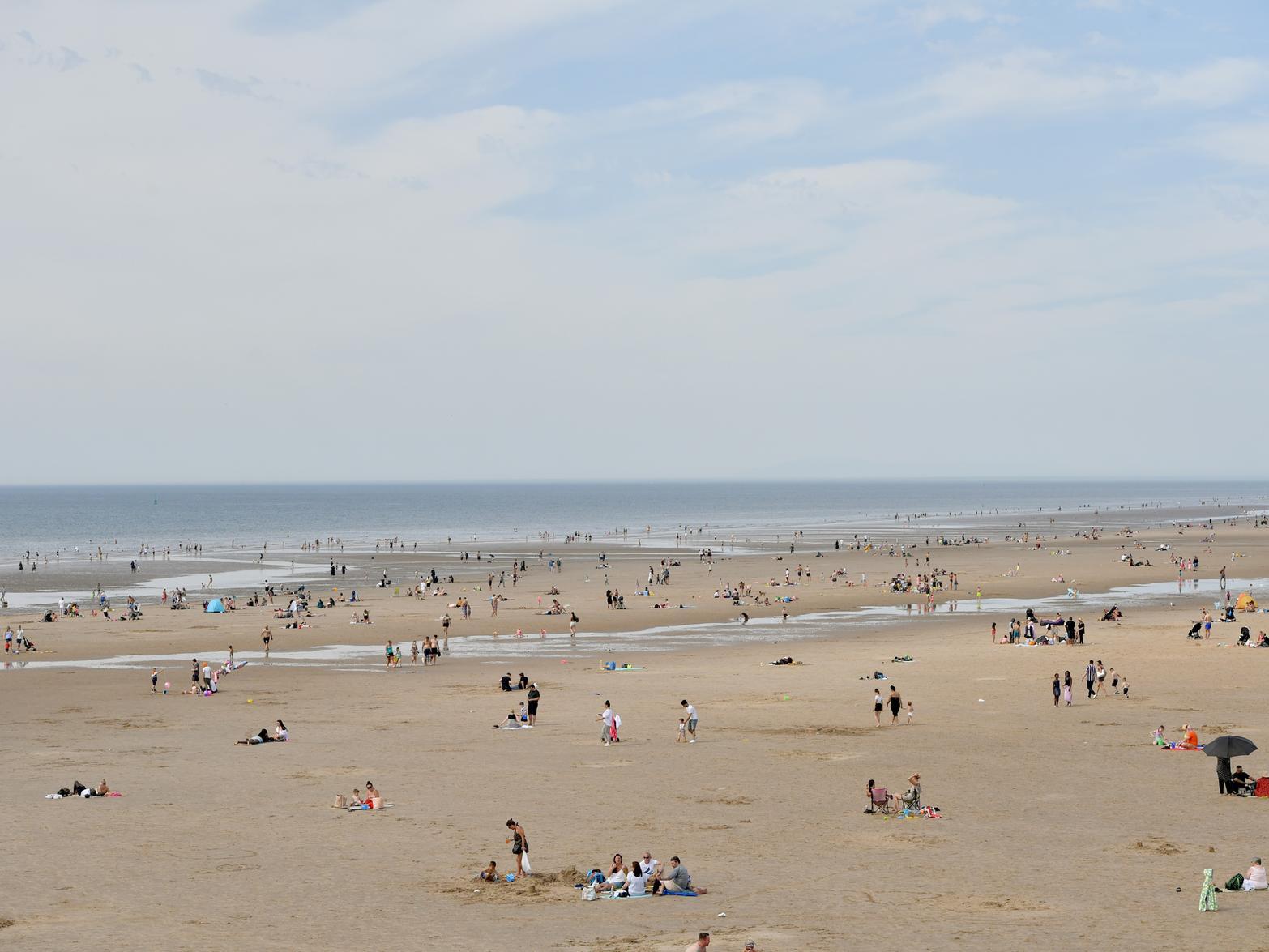 Officers in Manchester said they stopped restrictions being breached after they were called to reports of a wedding party at a home, amid increased police patrols prompted by stricter rules on social gatherings.

It comes as the Met Office forecasts a weekend of “largely dry, bright and fine” weather, which could see temperatures rise as high as 24C (75F).

The Met Office forecasts a weekend of “largely dry, bright and fine” weather

Dry today (Saturday) with plenty of long sunny spells. Breezy in the south of the region to start and becoming more widespread throughout the day. Feeling warm in the sunshine. Maximum temperature 20 °C

Sunday will start with early cloud, but clearing quickly to leave widespread clear skies with plenty of sunshine. Remaining generally dry throughout the day. Breezy, but less so than Saturday. Maximum temperature 21 °C.

Greater Manchester Police said officers attended a property in Wythenshawe on Friday evening, having received intelligence that a wedding party was being held.

“Police attended and found that a gazebo had been erected in the garden of a property,” the force tweeted.

“Officers prevented the illegal gathering before restrictions were breached.”

Meanwhile, Assistant Chief Constable Claire Nix, of Kent Police, said there would be an increased presence in “key areas” around the county, as Covid-19 remains a “real and deadly threat”.

“Kent has had a very good compliance rate when it comes to adhering to the national health advice around the coronavirus,” Assistant Chief Constable Claire Nix said.

“However, the Government has made it clear that the risk of increasing infections is too great to ignore and stricter social gathering rules have now come into effect to help keep everyone safe.

“Kent Police officers continue to engage, explain and encourage people to follow the latest advice and enforcement will be used as a last resort.

“There will be an increased presence in key locations around the county to ensure the current national advice is adhered to, such as preventing unlicensed music events and illegal gatherings.

“Covid-19 remains a real and deadly threat and we all need to take responsibility for our actions in helping reduce the spread of the virus and ultimately save lives.”

The Metropolitan Police urged Londoners to “continue to act responsibly” amid forecasts of warm weather for the capital over the weekend.

The force said it will continue to patrol public spaces and respond to incidents where groups of more than six are gathering, reminding the public of fines for breaching coronavirus guidelines.

Any social gathering of more than six people in England is against the law, with people facing fines of up to £3,200 if they do not abide by the new measure, which applies to both indoor and outdoor settings.

It comes as further lockdown measures have been introduced in northern parts of England.

Liverpool is forecast to see highs of 19C (66F) on both Saturday and Sunday and stay bright and dry, as are parts of the North East, such as Newcastle, although the temperature will be cooler, sitting at around 15C (59F).

Ollie Claydon, a spokesperson for the Met Office, said that the warm weekend temperatures would come ahead of a more “unsettled” week of weather.

“We’re in for a dry and fine evening on Saturday, with clear conditions for central parts of the UK and northern Ireland,” he said.

“There’s a risk of showers but temperatures will stay high.

“But then a cold front from the north west around lunchtime on Monday will herald the arrival of cooler, more unsettled weather next week.”

Forces in Dorset, where large crowds have previously flocked to the beaches to enjoy the heat, also warned that anyone flouting the new “rule of six” over the weekend may be subject to fines.