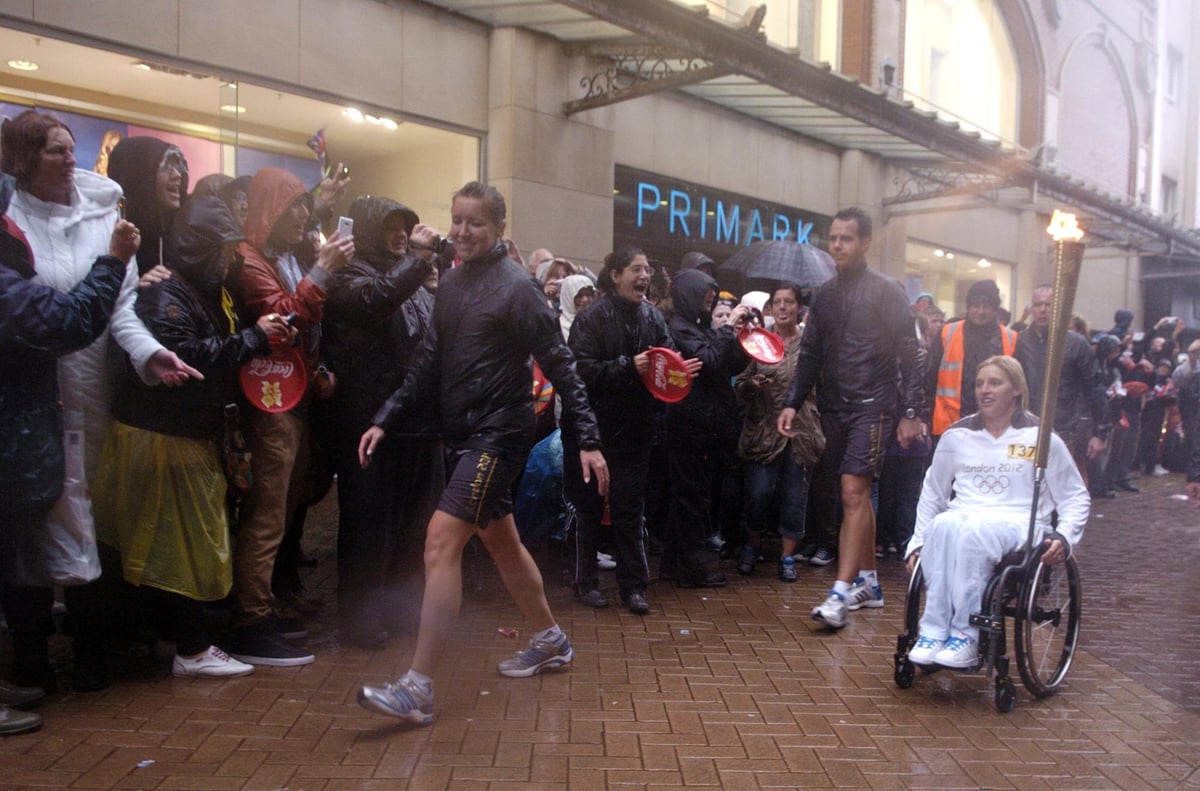 Crowds gathered under the limited shelter on Bank Hey Street hours before local hero Shelly Woods arrived at The Tower to make sure they were part of history.

And from Fleetwood through to Lytham, thousands took to the streets in torrential rain and strong winds to cheer as the famous torch made its way around the coast. The many deserving torchbearers got a drenching, but there was more than just the odd tear of pride as they made their way into the resort. In total 139 torchbearers were given their moment to shine on the flame’s 60-mile route from Cumbria to Blackpool Tower which marked the half way point on its journey across the country. Did you brave the monsoon-like conditions to celebrate a moment in history? You might be in our pictures.

Are you pictured in the crowds here? It was raining… a lot

The Olympic Flame en-route through Fleetwood

Crowd gathered outside The Mount in Fleetwood

“We are human: we have red blood and we cry tears. We just want to survive” Rough sleeper ‘Martin’, who is originally…

“Businesses and residents are suffering and I think worse is to come” A log cabin overlooked by the Star Flyer (Image: SkyShots-Karl Houghton)…

‘Help ya girl out – What am I wearing to dinner this week?’ Christine McGuinness models ‘smart casual’ outfit options ahead of…

With Christmas around the corner, researchers surveyed the nation to reveal the 35 things which made Christmas in Britain magical, with simply being with loved ones coming top. Blackpool Gazette Lifestyle…